The beer garden is equally divided into a self-service and served area. The self-service area has about 40 traditional beer garden benches with space of minimum 400 guests. All benches stand in the shade of large and smaller chestnut trees. 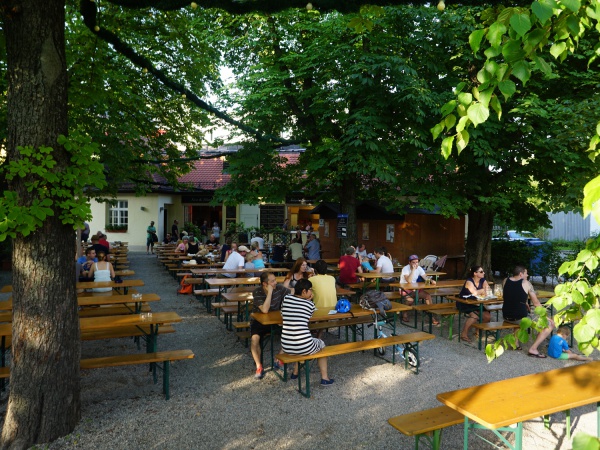 A sign at the entrance of the beer garden states clearly that according to the Bavarian beer garden regulation it is allowed to bring an own Brotzeit (light meal). For those who don't want to pack their own stuff together at home can choose from the various beer garden meals at the food stall, which offers among others Obatzda (Bavarian cheese spread), spareribs, sausage salad, sandwiches, salad and grilled sausages. All meals are freshly prepared at the time of the order. An electronic beeper is handed to guests to inform them when the order is ready. Explaining the functioning of this device to first time guests can sometimes be a bit time consuming, but the quality of the meals compensates for the extra waiting time in the queue.