The Bier & Oktoberfest Museum in Munich showcases the history of the yearly Munich Oktoberfest event, the Bavarian beer tradition and its related brewing industry. Written display boards in German details historical facts along with illustrations, photos and exhibits of various brewery of beer related memorabilia, such as a complete collection of original beer mugs used during the early years of the Oktoberfest events. 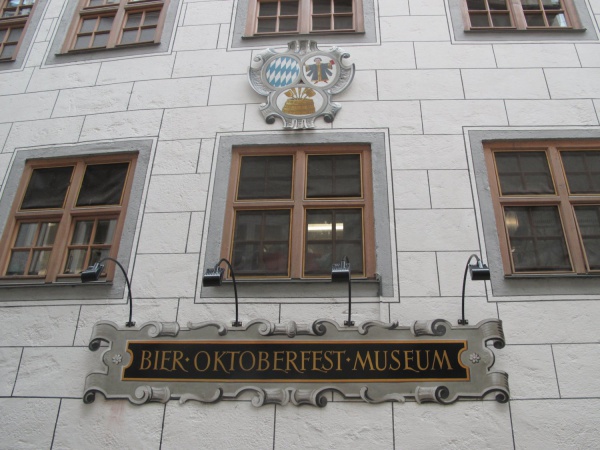 A small cinema runs a 12-minute a documentary in German language with English subtitles throughout the day about how the Bavarian beer making has evolved from small and primitive household brewing experiments of the middle ages, through innumerable farm and monastery based brewery operations of the Bavarian Kingdom, up until today's worldwide export industry dominated mainly by six major Munich breweries.