May 2017: This beer garden is currently closed and it is now known if or when it will reopen again in 2017. 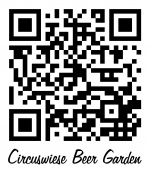