Many beer gardens offer Hendl at the food stalls in the self-serviced area. Hendl is a roasted chicken, also called Brathähnchen or Broiler (in the former eastern part of Germany). 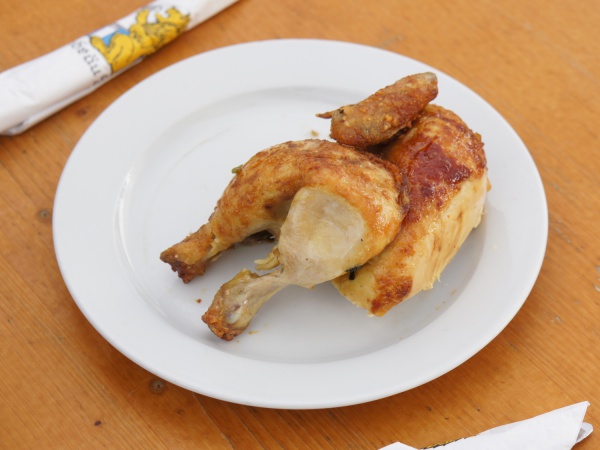 After seasoning with salt and sometimes staffed with parsley, the Hendl is grilled in one piece on a stick and sold either as a whole chicken or half a chicken. The Hendl is usually eaten in combination with a Brezn. 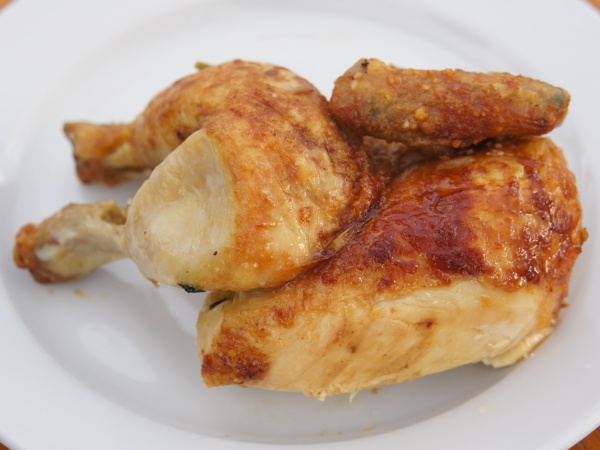 Defrost the chicken. Remove all internals from the defrosted or fresh chicken, rinse the chicken and thereafter dry it carefully with a paper towel, so as not to remove the skin. Pre-heat the baking oven up to 200°C and melt some butter onto the baking tray. Season the chicken with salt and pepper and place it in the oven for approximately one hour. Douse the chicken with the melted butter every now and then. Take the chicken out when it is golden-brown.