Following Amalie Hohenester's death in 1878, Mariabrunn inevitably lost its popularity as a healing spa. In 1907 the estate was bought by Friedrich Breitling for his son Herbert Breitling. Since then the estate has been owned by the Breitling family whose third generation of family members is happy to guide visitors around the property. A small and historical church remains popular for baptisms events and marriages, as well as for pilgrims coming to pray for Holy Maria. Numerous religious and other events are usually combined with visits to the beer garden.

An old brewery is situated behind the beer garden but unfortunately the days of brewing beer at the location ended in year 2000. Not all has been lost however, as the original Mariabrunn Dunkles - an old Bavarian dark lager - is still brewed according to the exact and original recipe by the Erdinger brewery and served fresh from barrels in the beer garden. A Maß of Mariabrunn Dunkles costs €6. Other beer types sold are regular Helles (lager) by Fischer (also €6 p/Maß) and Erdinger Weißbier (Bavarian wheat-bear) at €3.30 p/pint. 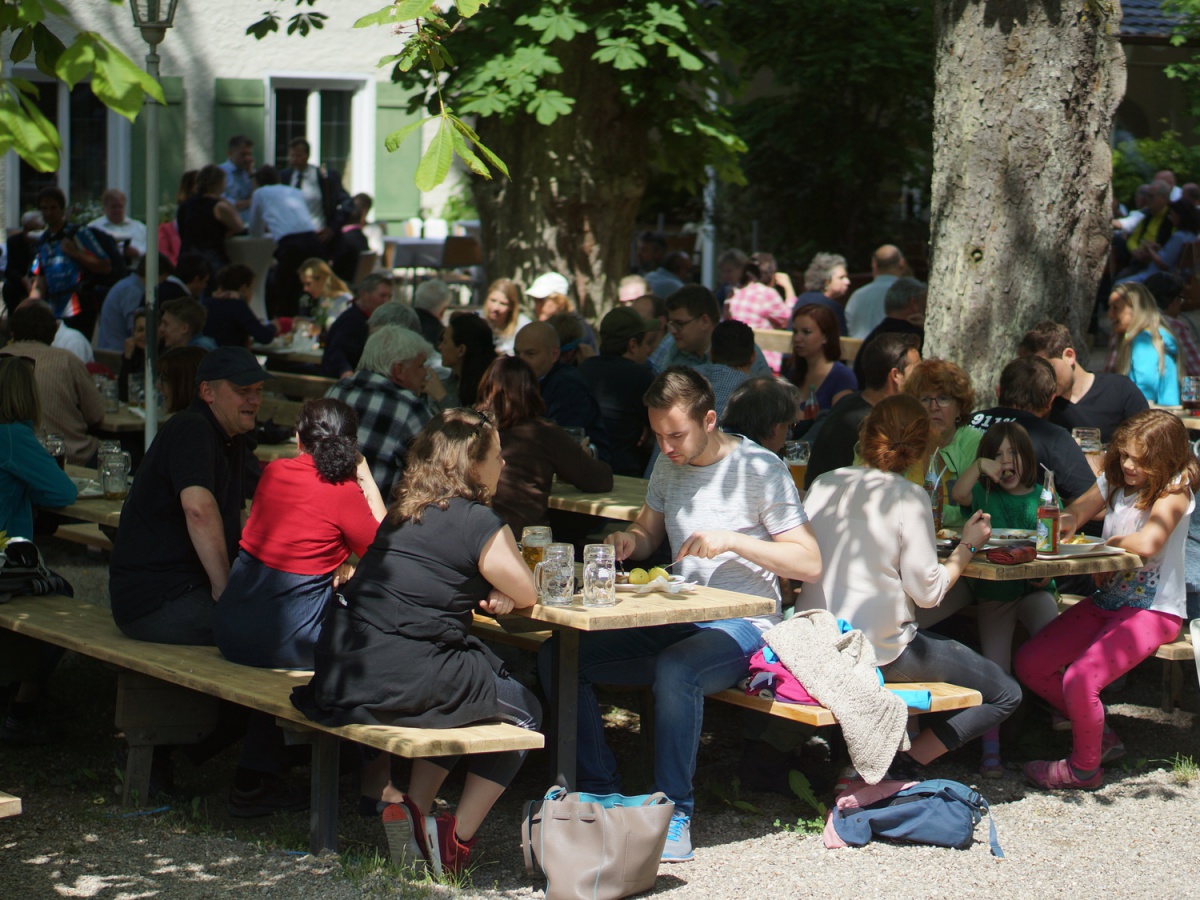