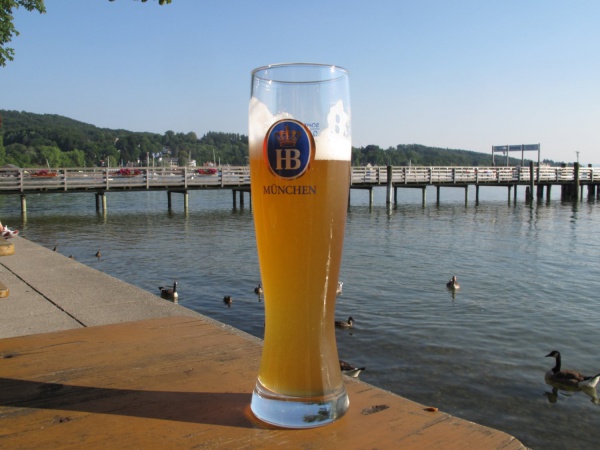 A traditional Weissbier glass holds a half a litre of beer plus extra room for foam. Pouring a Weißbier requires a bit of practice, as otherwise the the foam will likely overflow or be too flat.