The Auszogne is a traditional fried dough pastry especially in Old Bavaria, Franconia, Thuringia and Western Austria. Depending on the region, the Auszogne is also called Knieküchle, Kiacherl, Kiachl, Knienudeln or Kirchweihnudeln. In many beer gardens Auszogne are offered as sweets or desert at the food stalls. 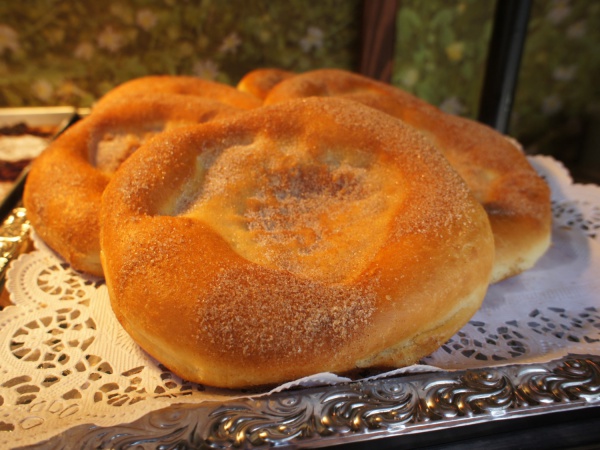