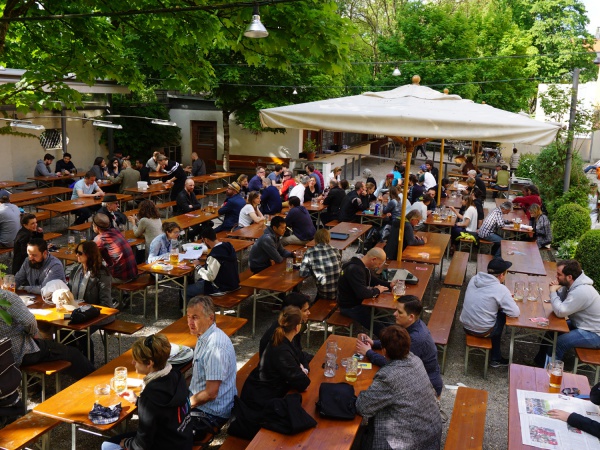 The beer served is Hofbräu and a Maß Hell (lager) straight from the barrel costs €7.90 (May 2017). The beer garden also offers a naturally cloudy Ökobier (ecological beer) from Lammsbräu.