The Hofbräuhaus is sometimes mentioned as a “beer garden” in editorial reviews about Munich, published by various media. Such features are however incorrect. While Hofbräuhaus is Germany's best known beer hall, there is no traditional beer garden in this location at Platzl 9, close to Marienplatz. Only a Wirtsgarten which is serviced by the same kitchen exists in the central courtyard of the famous Hofbräuhaus. 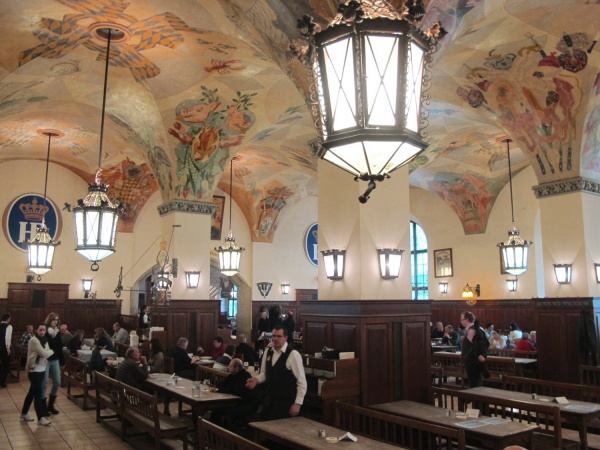 The Hofbräuhaus have had several famous as well as infamous patrons, such as Mozart who reputedly composed the Idomeneo opera after several visits to the beer hall, Lenin who became a Hofbräuhaus regular when he lived in Munich before World War I, and Adolf Hitler who made it the venue for his first couple of tirades against the Jews in Germany.

Those searching for a traditional Bavarian beer garden including the famous Munich Hofbräu lager are advised to visit the Hofbräukeller at Wiener Platz in the Haidhausen district of Munich (pictured below). Crossing the Isar river on the Maximillianbrücke, the Hofbräukeller can be found in just less than 2km of the Hofbräuhaus. 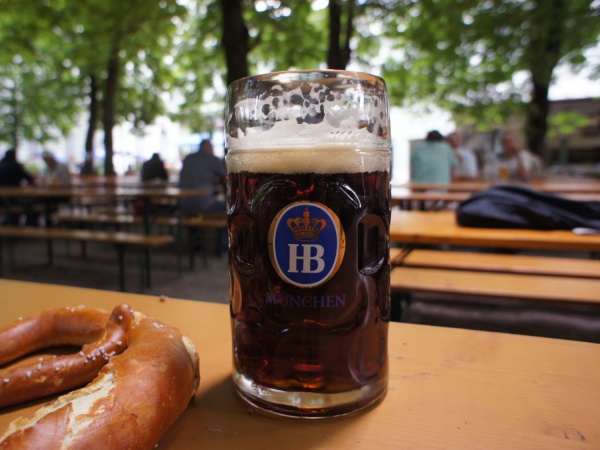 In addition to the Hofbräukeller, other beer gardens in and around Munich which also serve the famous original Hofbräu lager include: